[Over the years, I, like many gamers, have accumulated a huge backlog of unplayed games.  Sometimes a huge open world RPG takes up hundreds of hours of my time.  Sometimes I get preoccupied chasing down every last star in a Super Mario game.  Sometimes a game comes out that I want to try, but not until its price drops.  Sometimes there are just too many games coming out at once.  Whatever the reason, I end up setting certain games aside and not getting to them until months or even years after they were released.  As I try to work my way through this backlog, I’ll post my thoughts here, in a periodic column called “Backlog Adventures.”]

Alien: Isolation is one of those games that gets me really excited until days before its release, when reviews begin to pop up and it starts to look like much of the game’s potential was left unrealized.  In days gone by, I would go to the local Blockbuster and rent a game like this; depending on how much I liked it, I would either buy it, keep renting it until I beat it, or return it after a few days.  But with game rental largely a thing of the past, games like Alien: Isolation get relegated to the ever-growing backlog, waiting until I can grab a used copy for a price that matches my expectations. 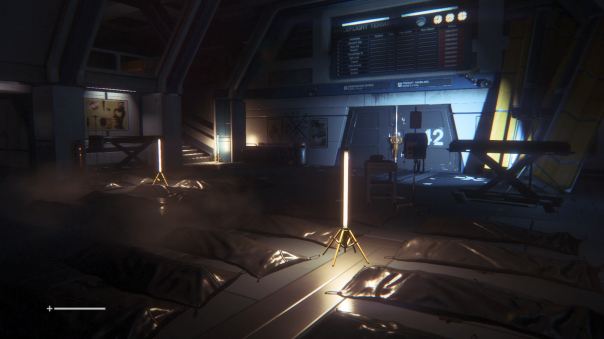 Alien: Isolation was released last October, around the time I got my Xbox One, and was on my short list for First Xbox One Game.  Reviews scared me off, though, and I opted instead for Shadow of Mordor, which proved to be an excellent choice.  When I discovered that my local library had a copy of Alien: Isolation in its meager games collection, I decided to give it a shot.  After waiting for some chucklehead to return it five weeks overdue – (come on, buddy, you can buy it for less than you’re going to pay in fines!) – I finally got a chance to play it.  Would it be so great that I’d run out and buy it for its current price of $40?  Or would I play it for a bit and then return it, unimpressed? END_OF_DOCUMENT_TOKEN_TO_BE_REPLACED