After a surprise countdown showed up on Bethesda’s website yesterday and sent the Internet into a tizzy of Fallout 4 anticipation, the game’s official trailer dropped this morning.  It hits all the familiar notes, has a next-gen level of polish (kind of), and shows off a post-apocalyptic Boston.  There are a lot of fun little nuggets buried in this trailer, and now that I’ve had almost two hours to pore over it, here are my first impressions.

First, here’s the trailer, in case you missed it somehow:

This first thing that struck me is the vibe of the trailer.  It reminds me quite a bit of the excellent trailer for The Division that Ubisoft showed at last year’s E3.  That trailer had a camera sweeping through an unpeopled New York while a cool time-lapse effect showed the unfolding of some catastrophe through insinuation:

The Fallout 4 trailer achieves a similar effect, albeit with more conventional filmmaking techniques, cutting back and forth between the pre- and post-apocalyptic versions of Boston.  You see an empty crib in a dirty, abandoned bedroom, and then you see parents cooing over a newborn in that same crib.  I like getting these glimpses of the pre-apocalyptic, retrofuturistic world, and I wonder if we’ll get to visit that world in the game.

Will It Be Great?

We all know the game will be at least really good.  It’s hard to imagine Bethesda blowing it on this, having labored several years over a property that already works so well.  But will it be great?  The trailer hits a lot of familiar beats.  We see spiffy robots, power armor, mutant creatures wandering around, shots of collapsing freeway overpasses, lots of Nuka-Cola, makeshift communities, vaults, nuclear age iconography, and that classic Vault-Tec onesie.  There’s even the Washington Monument-looking Bunker Hill Monument.

It is of course great to revisit the Fallout world we know and love, but I do worry that the game will just be a bigger, shinier version of the games we’ve already played.  The post-apocalyptic landscape has exploded of late, and is it enough for Bethesda to bring us back to its particular brand of this well-worn genre?  If Fallout 4 is more of the same, it will still be a pretty enjoyable experience, but I want more than more of the same.  I don’t want to just feel like I’m playing Fallout 3 Remastered.

On the other hand, there is some unfamiliar stuff in the trailer.  One of my favorite moments in the trailer is this shot of a guy walking down the street:

This shot has a very film noir look to it, and seems pretty far from the vibe we’re used to in Fallout games.  It almost seems like it would be more at home in a BioShock game; I did a double-take at that Memory Den sign, thinking it said Minerva’s Den.  How indicative is this shot of the overall vibe of the game?  Will at least parts of it have a film noir feel?  Who is that private eye-looking guy?  Are there some detective-style quests?

Another standout moment is the scene of mutants attacking you in what looks like a bombed-out supermarket.  Maybe it’s just been too long since I’ve played Fallout 3, but these guys look a lot more kinetic than previous enemies.  Will there be a revamped combat system in this game?  I hope so.  Combat – and navigation in general – has always felt a bit clunky in Bethesda’s RPGs.  Open-world games have come a long way, incorporating some pretty great combat mechanics, and I hope Bethesda has taken note.

This shot of some kind of airship flying over the Boston suburbs is also pretty cool.  It has a similar feel to that noir-y shot of the man in the street, but with more of an Orwellian vibe.

This almost feels like something out of a retrofuturistic reimagining of Half Life 2.  It’s hard to tell, but this moment looks like it’s from before the apocalypse.  Does this hint at pre-apocalypse gameplay?  Will (parts of) the game have more of a “Big Brother is watching” feel to them?  In Fallout 3, you’re usually wandering a mostly-vacant Wasteland in broad daylight, occasionally encountering roving monsters or small units from various factions.  Most of the people in the game are confined to their fortified bunkers.  This shot implies a world where you have to keep to the shadows because a large, powerful force is monitoring everything.  Most of the rest of the trailer has that classic Fallout feel, so I don’t expect a complete reimagining of the world, but it would be nice to see the game take on some different tones and mission designs, or explore different points along the apocalyptic timeline.

On the one hand, of course, why not?  The game’s got to be set somewhere.  But was Boston chosen just because?  In a lot of ways, Boston is similar to Washington, D.C.  It’s a waterfront city on the Atlantic coast, it’s steeped in American history, it’s mostly flat, it has a population of about six million people, it has a subway, and it ends in “ton.”  So a game set in post-apocalyptic Boston could end up feeling a lot like a game set in post-apocalyptic Washington.  If Bethesda wanted to give the game a different feel, they could have set it in more of a steel canyon city, like New York or Chicago; they could have set it in a much smaller city or town; they could have set it somewhere geographically distinct, like Miami or Denver.  Did they choose Boston because it’s so similar to Washington?  Or does the setting provide a jumping-off point for some new gameplay or narrative ideas? 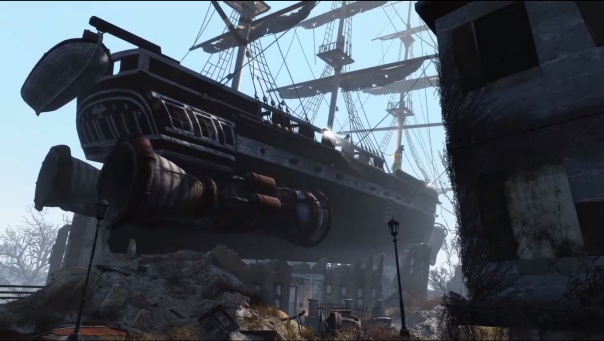 This shot of a seemingly 18th century ship – but with rockets! – might be a hint.  Though both are coastal Atlantic cities, Boston is much more maritime than Washington.  It’s right on the coast, while Washington is up the Potomac a bit.  Will this factor into the game?  Might we be heading out to sea?  There are a bunch of islands in Massachusetts Bay, and beyond that there’s Cape Cod and Nantucket.  Will there be pirates in the game?  Also, Salem is just outside of Boston.  Will there be witches in the game?  Fallout 3 managed to squeeze in some aliens via the Mothership Zeta add-on; if Fallout 4 has zombies, robots, pirates, witches, and aliens, it will only need ninjas to be the Most Ultimate Videogame of All Time Forever.

How Much Continuity Is There?

This game appears to center around Vault 111.  We’ve only seen or heard of a handful of vaults in the Fallout series, so there are a lot of holes left to fill.  But Vaults 108 and 112 were both in Washington.  Why is Vault 111 in Boston?  Were vaults just scattered around the country randomly?  Was Vault 111 supposed to end up in Washington, but didn’t for some reason?  Is Vault 111 in Washington, but something has taken our character to Boston?  I don’t know a ton about Fallout lore, so maybe the answer is already out there.  But there could be some cool narrative potential in the apparent geographic discontinuity of the Vault numbers. 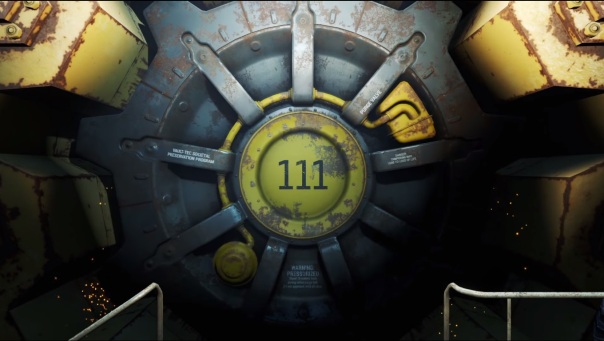 Or maybe this game is a reboot, and isn’t continuous with the other games.  I sure hope that’s not the case.

Bethesda’s E3 conference, their first ever, is less than two weeks away.  Ever since they made the announcement back in February, it’s been all but a foregone conclusion that they’d be announcing Fallout 4 there.  Everyone expected the conference to end with the big reveal.  So why release this trailer now instead of 11 days from now?  Is Bethesda just trying to get out in front, to grab some media attention when there’s less noise from the ten million other E3 announcements?  Are they trying to put people at ease so they’ll actually pay attention to the first 55 minutes of the E3 conference instead of nervously fidgeting, waiting for Fallout information?  Does Bethesda have something else big planned for E3 that they don’t want overshadowed by a Fallout 4 reveal?  Are they just trying to control the trailer’s release and avoid the risk of a leak?  Or is there even bigger Fallout 4 news coming, and is the trailer being released now to lay the groundwork for the next announcement?  Maybe this means that the game will be playable at E3 and will be released later this year. 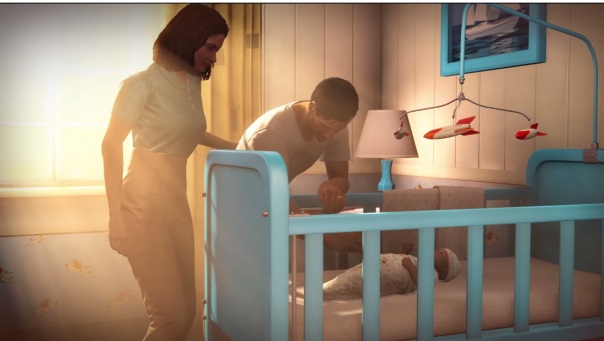 How Much Character Customization Will There Be?

Unlike previous Fallout games, Fallout 4 will apparently have voice acting for your character.  Your character in Fallout 3, though he had a predefined backstory, felt kind of like a cipher.  Will your new character have a more scripted, established personality?  Will you still be able to choose your physical features?  Are there multiple voices to choose from?  Or does this voiceover kill any chance of playing as a woman in Fallout 4?  The idea of a more carefully scripted character is intriguing, but I’d be disappointed if I didn’t get at least as much control over my character design as I did in the past.  If anything, I was hoping for more customization options, not fewer.

Visit What I Play When I Play